When a task is executing by scheduler, it runs as a separate process without user interface. You can, however, see a task progress and stop the task if necessary by launching Active@ Disk Image and executing a Running Task command from the main screen. 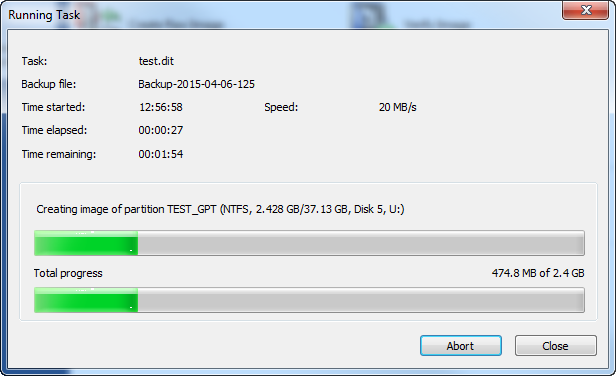 If there’s no task running in background, a dialog message will say that, otherwise a dialog box similar to the progress dialog will show up. It will display the current status of the task being executed.

You can stop the running task by clicking on “Abort” button. A signal will be sent to running process to terminate. Once it is finished, “Connection has been lost” message will be displayed.